Bhutan is a landlocked country bordered on the north by China and east, west and south by India. The country’s landscape consists of succession of lofty and rugged mountain ranges separated by deep valleys. Thick forests cover most of the slopes. Several rivers flow southward into the Brahmaputra River in India.

The panoramic scenes of the snow capped mountains in the north reaches a height of over 7500 meters above sea level. The northern belt is inhabited by few nomads and yak herders who move to the warmer places in the winter and bring back their livestock for grazing in the summer. The snow fed rivers in the alpine region provide pastures for the livestock in the summer.

In the inner Himalayas the elevation reaches from 1500 meters to 3500 meters. All the major towns like Thimphu ,Paro, Punakha etc… are situated here in this zone. From June to September during the time of monsoon the valleys become lush and green. 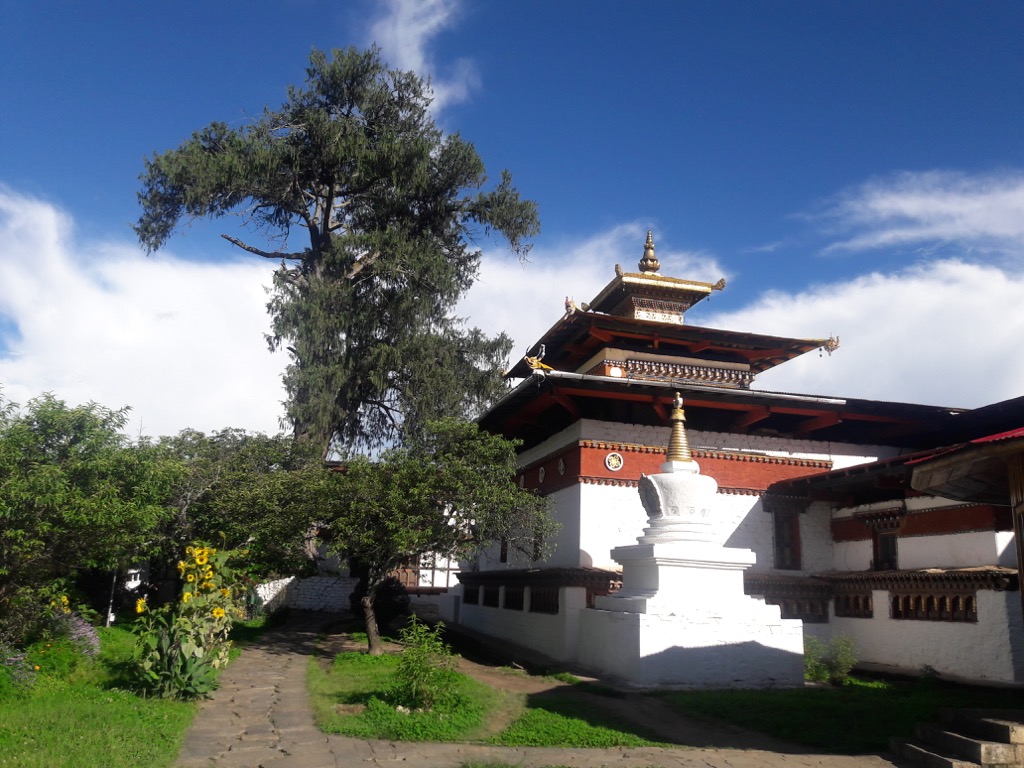 In the south, the Southern Hills are covered with dense deciduous forest, alluvial lowland river valleys, and mountains that reach around 1,500 meters above sea level. The Southern Foothills in the north has dense vegetation and abundant wildlife. The border towns are all in the southern foothills which shares borders with India.

The climate is humid and subtropical in the southern plains and foothills, temperate in the inner Himalayan valleys of the southern and central regions, and cold in the north, with year-round snow on the main Himalayan summits.