The Dochula Druk Wangyel Festival was established in 2011 in commemoration of His Majesty the Fourth Druk Gyalpo and the Armed Forces’ victory over Indian insurgent forces residing in southern Bhutan in 2003.

The festival is held annually on December 13th at the Festival Ground near Druk Wangyel Lhakhang which is located at Dochula Pass. Dochula Pass is one of the most scenic passes in Bhutan, which offers spectacular views of the Himalayan mountain ranges. Druk Wangyal Lhakhang (temple) was built over period of four years from 2004-2008 by Ashi Dorji Wangmo Wangchuck ( the Queen Mother of Bhutan) as a tribute to His Majesty the fourth King of Bhutan, Jigme Singye Wangchuck and armed forces after His Majesty led a successful operation against Indian militants who had occupied certain areas of Bhutan. The gallery of the Druk Wangyal Lhakhang has beautiful murals depicting some of the important events in the reigns of the Kings of Bhutan. 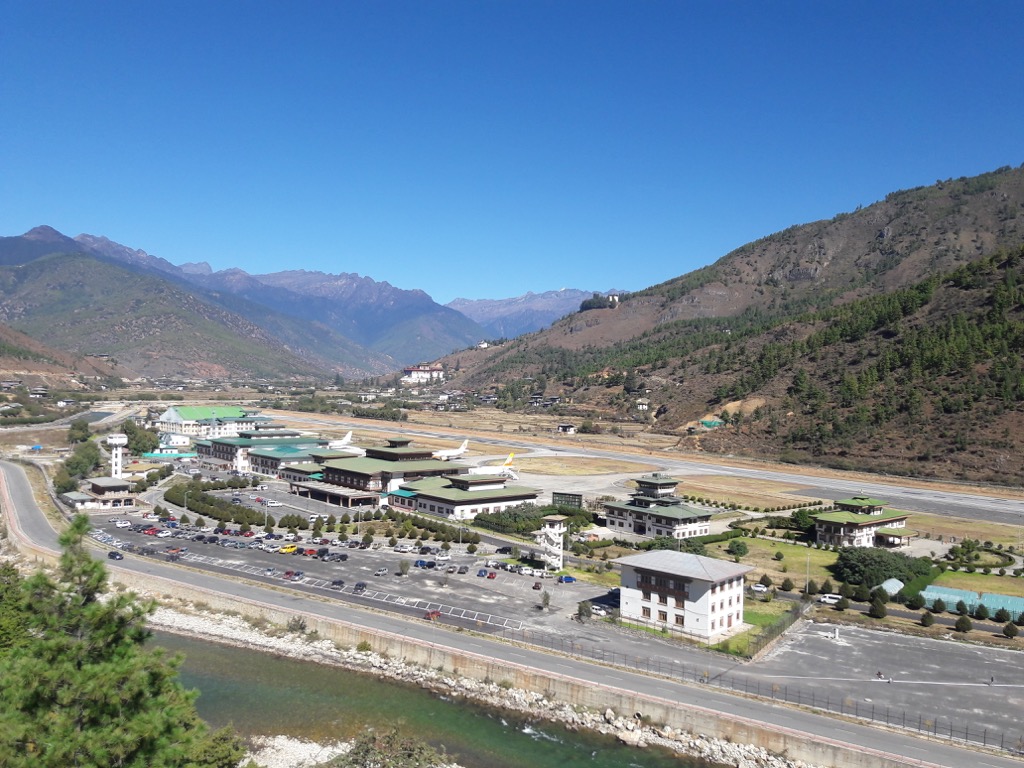 Upon arrival you will be received by our guide who will help you settle into your comfortable car.

After breakfast, hike up to Taktsang Monastery, also known as ‘Tiger’s Nest’. The climb up to the viewpoint will take around 1 ½ hours and from there you will enjoy a spectacular view of the monastery clinging to the side of the cliff. Stop for refreshment at the View Point Cafeteria.Then walk further up to the monastery which will take about 1 hour. It is said that in the 8th century Guru Rinpoche flew on the back of a tigress from eastern Bhutan to this place and meditated in a cave here for 3 months. The principal Lhakhang (monastery) of the present monastic complex dates from 1692. Taktsang was damaged severely by fire in 1998 but has now been fully restored to its former glory.After visiting the monastery, walk back down to the road on the way stop for lunch at the view point cafeteria and then walk further down to the road point. On the way, visit Kyichu temple,one of the 108 temples built in the 7th century by the Tibetan King Songsten Gampo. The story goes that a giant demon lay across the whole area of Tibet and the Himalayas and was preventing the spread of Buddhism. To overcome her, King Songtsen Gampo decided to build 108 temples, which would be placed on all the points of her body. Of these 108 temples, 12 were built in accordance with precise plans.

Then drive back to Thimphu.

Overnight at a hotel in Thimphu.

After breakfast drive for about 45 minutes to Dochula Pass (3140 m) to attend the Druk Wangyel Festival. In the clear winter sky you will get to enjoy the panoramic view of the Himalayan Mountain ranges.

Dinner and overnight at a hotel in Punakha.

After breakfast, drive through upper Punakha valley and take a hike through farmhouses to the beautiful Khamsum Yuelley Namgyal Lhakhang (temple) built by Ashi Tshering Yangdon Wangchuck (the Queen Mother of Bhutan) for peace and stability in this ever-changing world. This temple is situated on the hilltop overlooking the valley below. The leisurely walk up to the temple would take about an hour. Visit the temple and also enjoy the breathtakingly beautiful view from there.

In the evening you may visit Rinchengang village in Wangduephodrang where you will take a short hike through the village and have free interaction with the villagers. Round trip hike will take about 1 hr. At the same time you can view the ruins of Wangdue Dzong (the Dzong was razed to the ground by fire in 2012).

Dinner and overnight at a hotel in Punakha. 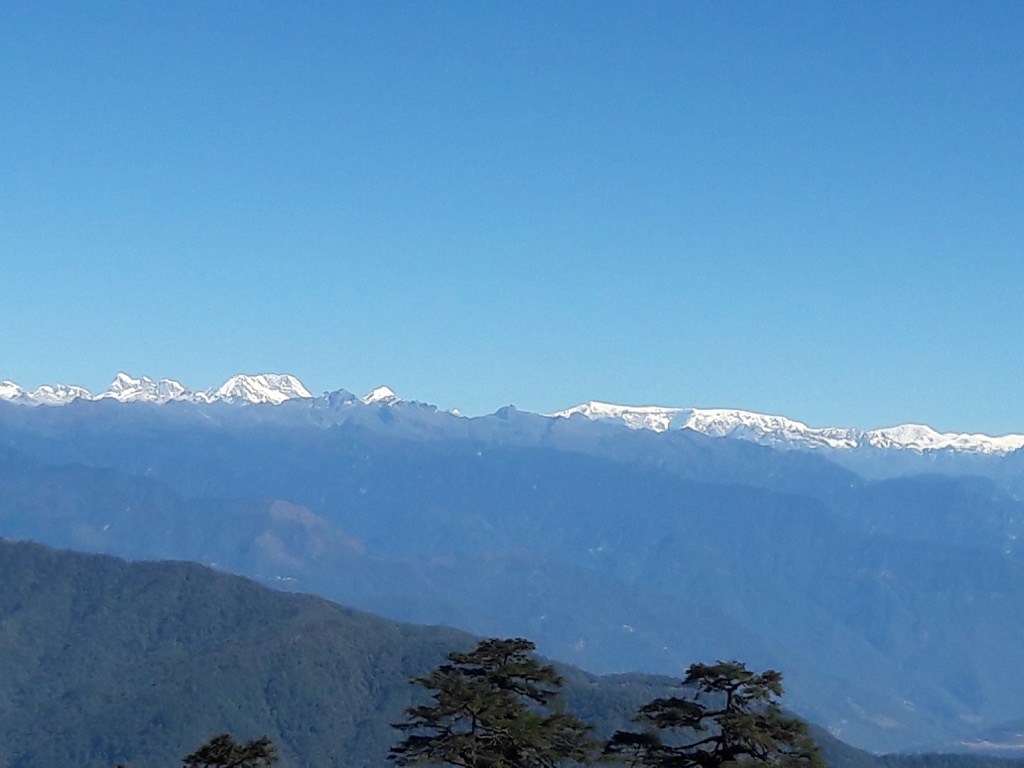 After breakfast drive to Phobjikha valley through the dense forests of the Phobjikha Valley you arrive at Gantey village where you see the Gangtey Monastery and visit the monastery. Phobjikha valley is part of the beautiful Jigme Singye Wangchuck National Park ( formerly known as Black Mountains National Park), one of Bhutan’s most important nature sanctuaries. Each winter it is home to a flock of 300 rare and endangered black-necked cranes. The surrounding hills and mountains are home to nomadic shepherds and yak-herders. This is one of the most remote and untouched regions in Bhutan and is only just opening its doors to the outside world.

The Black necked cranes start migration to this area from November each year. You will have refreshment and lunch at a resort/restaurant in this valley. Afternoon you can visit the Black Necked Crane Center and enjoy the fascinating sight of these birds in this beautiful scenic valley.

In the late afternoon drive back to Punakha and overnight at a hotel in Punakha.

After breakfast,drive to Thimphu and after lunch visit the following.

National Textile Museumwhich is a good place to see the art of traditional weaving being kept alive and preserved through exhibition and has a good collection of old textiles which are rich in colors and designs.You will also see people weaving with intricate designs.

School of Traditional Painting of Arts and Craftswhere students undertake a six-year course on the 13 traditional arts and crafts of Bhutan.

Tashichhoe Dzong, a fortress of the glorious religion. It was built in 1641 by Zhabdrung Ngawang Namgyel and was reconstructed into present structure by the late King, His majesty Jigme Dorji Wangchuck in the year 1962-1969. It houses the secretariat building, the throne room and the office of the king, and the central monk body.

Overnight at a hotel in Thimphu.

Witness Archery game which is National sport of Bhutan.

Located at a short drive from Thimphu city centre, visitors can get a good overview of the Thimphu valley from the Buddha point (Kuensel Phodrang). You can pay your obeisance and offer prayers to the Buddha, the largest statue in the country and then walk around and take a glimpse of the valley.

In the late afternoon drive to Paro.

Dinner and overnight at a hotel in Paro.

In the morning,your guide will escort you to the airport for your flight onwards.