Early indications suggest that scattered groups of inhabitants had already settled in Bhutan when the first recorded settlers arrived 1400 years ago.

Bhutanese generally refer to themselves as Drukpas, meaning the inhabitants of Druk Yul. Three main ethnic groups, the Sharchops, Ngalops and the Lhotshampas make up today’s Drukpa.

Bhutan’s earliest residents, the Sharchops reside predominantly in eastern Bhutan. Their origin can be traced to the tribes of northern Burma and north-east India. The Ngalops migrated from the Tibetan plateau and are the bringers of Buddhism to the Kingdom. Most of the Nepalese migrants settled in the fertile agricultural southern foothills in the early 20th century. The geography of the land kept each ethnic group separate until the middle of this century, when roads were built between the east and the west.

The ethnic diversity of the Bhutanese people and the topography of mountains and valleys mean that a number of different languages and dialects are spoken throughout the Kingdom. The national language is Dzongkha , which is taught in all schools. So different are the dialects that eastern and western neighbours can have great difficulty understanding each other.

A growing proportion of the people, especially in the urban areas, speak English. The current medium of instruction in Bhutan is English. However, increasing efforts are being made to write more textbooks and to introduce Dzongkha as the principal language of instruction. The education policy of the Royal Government of Bhutan requires schooling for all Bhutanese children, and education is among the government’s and the society’s highest priorities. Visitors are assured of being greeted in English by groups of laughing school children. 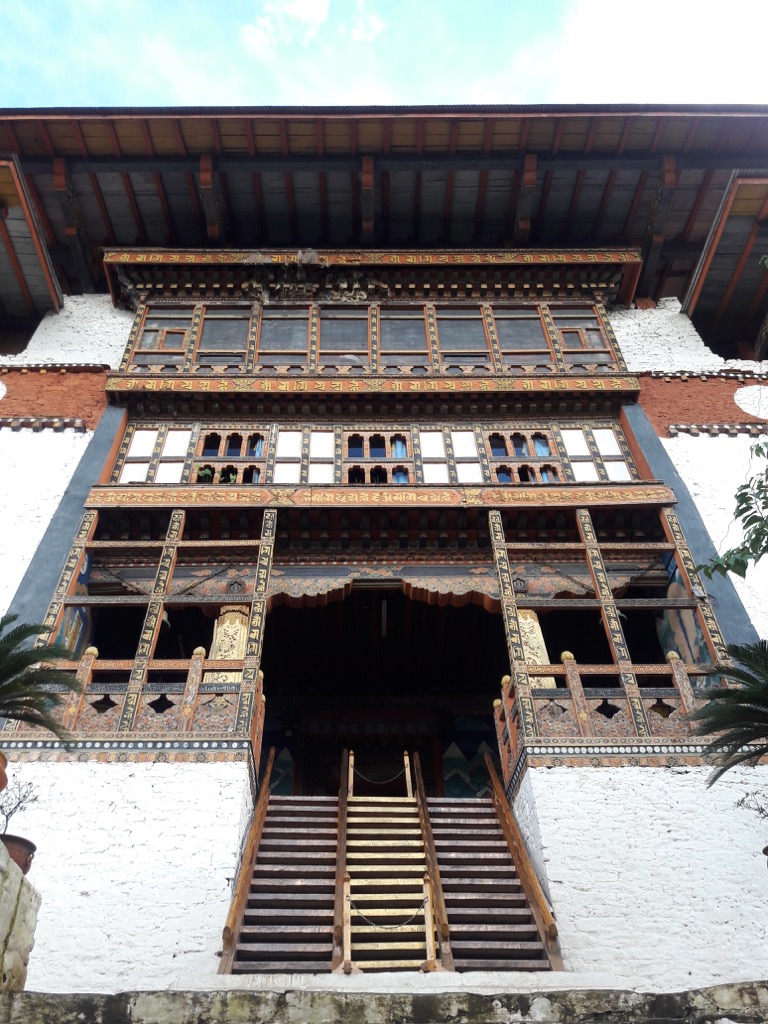 Bhutanese are traditionally a rural people, and their homes and villages reflect their rich history. Bhutanese homes are built to stand up to long, arduous winters. A large, dry storage area is built under the roof to protect grains and other food during inclement seasons. Symbols are painted on almost all homes to bring fertility to the home or to prevent evil spirits from entering. Wood-burning stoves are used for heating and cooking, and most houses are surrounded by some land used by the family for growing vegetables.

His Majesty the King has said that ‘Gross National Happiness is more important than Gross National Product.’ The success of this policy is arguably Bhutan’s greatest export.