It provides insight into the lives and traditions of Bhutan’s nomadic herders. Immerse yourself in this one of a kind experience by playing the local sports, sampling the delicious home-cooked cuisine and enjoying traditional songs and dances all while imbibing the heady local liquor (Ara).

Haa valley is located about 65 km or 2 hours travel time from Paro Valley via the Chelela Pass, which is Bhutan’s highest road pass. 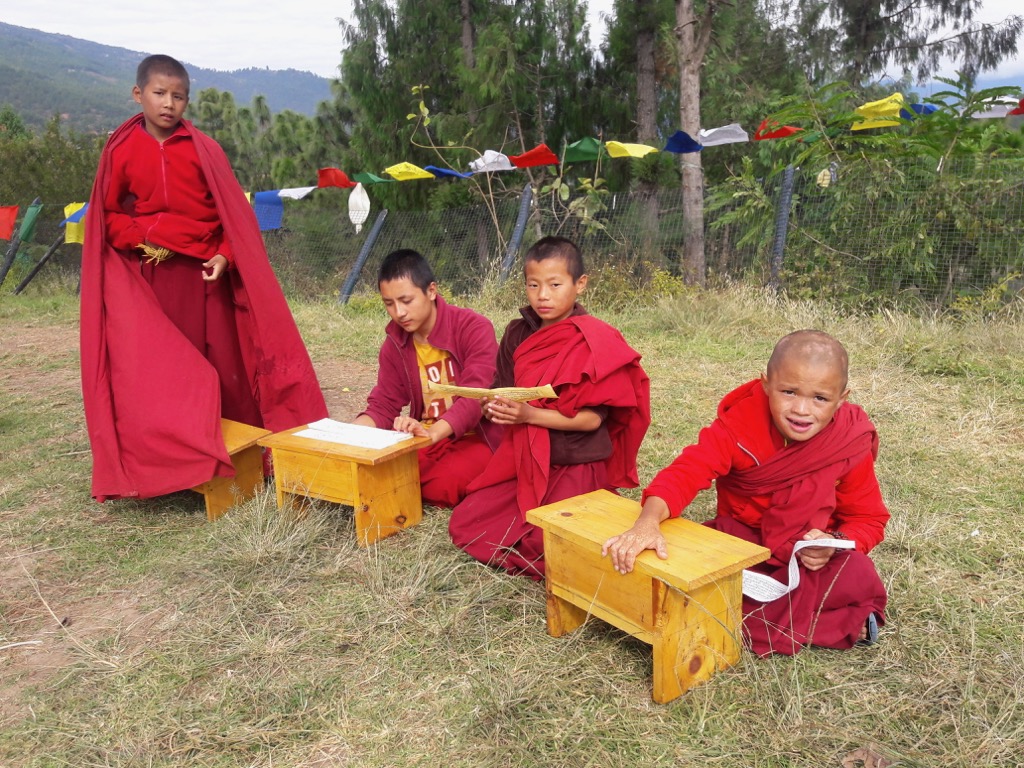 Upon arrival you will be received by our guide who will help you settle into your comfortable car.

After checking into your hotel and lunch visit the following:

After breakfast you will travel through farmlands and scattered hamlets and gradually climbing to the Chele La Pass, 3822 m high, with spectacular glimpses of the Bhutan Himalayan mountain peaks all the way. Descending down into the Haa Valley you will be rewarded by stunning scenery as you wind along the side of the mountain into the town of Haa. You stop for picnic lunch at Haa before making your way to Lhakhang Karpo (White Temple) and Lhakhang Nagpo (Black Temple). Local legend has it that deity helped construct the temple thus giving the name to Haa, meaning ‘surprise’. Haa is overlooked by three mountains called ‘Rig Sum Gonpa’ which signify three Buddha deities; Jambayang, Chana Dorji and Chenrizig. Haa was not opened up to tourists until 2002 so remains relatively unspoilt by the 21st C.

In the evening explore the beautiful Haa Valley.

Dinner and overnight at a hotel in Haa.

After breakfast you will proceed to the Haa Summer Fesival ground and enjoy the festival the whole day.

Things to see and do at the Haa Summer Festival:

The Annual Alpine Festival:You will get to watch skilled local craftsmen weaving yak hair into their traditional tents and also traditional arts of yak shearing and wool making. You will also see how delicious traditional meals are made using yak dairy products as main ingredients.

Food, A Taste of Tradition: You will get to taste delicious Haapi Hoentoe, hearty dumplings made from buckwheat and stuffed with fragrant grated turnip, dried turnip grees, mushrooms, garlic, onions and chopped cabbage seasoned with gingerp, ground walnut, chili-powder, salt, butter, sesame and poppy seeds. This is the special dish of Haa valley and made only by people of Haa Valley. There will also be other traditional Bhutanese dishes to sample.

Song and Dance: You will get to watch and enjoy the lively folk songs and mask dances performed at this festival and also experience Haapi Ausa, traditional songs extolling the virtue of their yaks that are typically sung while tending their yaks.

Sports: you can either watch or participate in the local sports such as Archery, yak and Horse riding, Khuru ( darts), Soksum ( light javelin throwing).These lively competitions are energetic affairs accompanied by mich laughter, sining and friendly taunts.

To truly experience and understand the traditional lifestyle of of the pople of Haa Valley, you can eat dinner and spend overnight at one of the local farmhouses.

After breakfast travel to Thimphu through stretch of villages of Jabana, Susuna and Dogakha stopping along the way to visit one of the farmhouses to taste locally brewed liquor called Ara and also taste traditional tea and snacks. Continuing your travel to Thimphu you will reach at the confluence of Thimphu and Paro rivers and finally to Thimphu valley.

On arrival at Thimphu check into your hotel and after lunch visit the following:

Bhutan Post Office Headquarters to get personalized Bhutanese postage stamps with your photo on them. You can bring along your favorite photo to put on the stamps and put these stamps on your postcard to send to your family and friends.

National Textile Museumwhich is a good place to see the art of traditional weaving being kept alive and preserved through exhibition and has a good collection of old textiles which are rich in colors and designs.You will also see people weaving with intricate designs.

School of Traditional Painting of Arts and Craftswhere students undertake a six-year course on the 13 traditional arts and crafts of Bhutan.

Tashichhoe Dzong, a fortress of the glorious religion. It was built in 1641 by Zhabdrung Ngawang Namgyel and was reconstructed into present structure by the late King, His majesty Jigme Dorji Wangchuck in the year 1962-1969. It houses the secretariat building, the throne room and the office of the king, and the central monk body.

After early breakfast, you will drive towards Punakha via Dochula Pass.

Dochula pass is located on the way to Punakha from Thimphu. The pass is popular for tourists for its ideal location from where one can enjoy 360 degree of beautiful panoramic view of Himalaya mountain range, especially on clear winter days. The beauty of this place is further enhanced by the Druk Wangyal Chortens-108 stupa built by the eldest Queen Mother Her Majesty Ashi Dorji Wangmo Wangchuk. The pass is also popular spiritual place for both locals and tourists because of an important temple that is located on the crest of Dochula pass.

Her Majesty Ashi Dorji Wangmo Wangchuck has achieved a fine blend of history and mythology in the construction of The Druk Wangyal Lhakhang (temple) to honor His Majesty the fourth Druk Gyalpo, Jigme Singye Wangchuck. The past and future appear to merge in the details of the lhakhang (temple) that tells the story of a supreme warrior figure whose vision pierces the distant future.

Besides the spirituality of the place many Bhutanese families visit the pass during holidays and weekends to simply enjoy the scenery of the place with their pack lunch and hot tea. For the tourist the place is an ideal location to capture beautiful pictures of Himalaya mountain range during clear warm days.

Overnight in a hotel in Punakha.

After breakfast travel through upper Punakha valley and take a hike through farmhouses to the beautiful Khamsum Yuelley Namgyal Lhakhang (temple) built by Ashi Tshering Yangdon Wangchuck (the Queen Mother of Bhutan) for peace and stability in this ever-changing world. This temple is situated on the hilltop overlooking the valley below. The leisurely walk up to the temple would take about an hour. Visit the temple and also enjoy the breathtakingly beautiful view from there.

Then travel to Thimphu with lunch enroute. On arrival at Thimphu check into your hotel and visit the following:

Centenary Farmers’ Market (open from Thu-Sun only): Most of the Thimphu’s population and many valley dwellers converge on the bustling weekend market, held by the side of Wangchu River. A wide range of foodstuffs and local arts and crafts are sold at the market, which runs from Friday afternoon till Sunday evening. A visit to the market provides great photo opportunities, as well as the chance to mingle with local people.

Witness Archery game which is National sport of Bhutan. 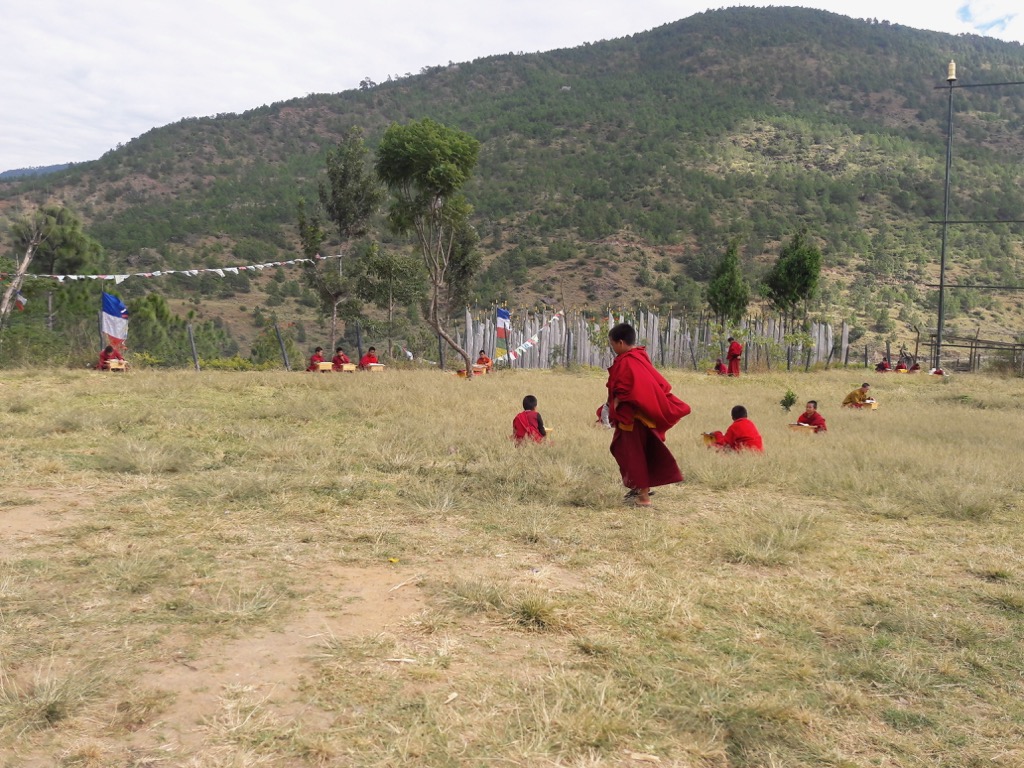 After breakfast travel to Paro and hike up to Taktsang Monastery, also known as ‘Tiger’s Nest’. The climb up to the viewpoint will take around 1 ½ hours and from there you will enjoy a spectacular view of the monastery clinging to the side of the cliff. Stop for refreshment at the View Point Cafeteria.Then walk further up to the monastery which will take another 1 ½ hour. It is said that in the 8th century Guru Rinpoche flew on the back of a tigress from eastern Bhutan to this place and meditated in a cave here for 3 months. The principal Lhakhang (monastery) of the present monastic complex dates from 1692. Taktsang was damaged severely by fire in 1998 but has now been fully restored to its former glory.After visiting the monastery, walk back down to the road on the way stop for lunch at the view point cafeteria and then walk further down to the road point.

On the way visit Kyichu temple,one of the 108 temples built in the 7th century by the Tibetan King Songsten Gampo. The story goes that a giant demon lay across the whole area of Tibet and the Himalayas and was preventing the spread of Buddhism. To overcome her, King Songtsen Gampo decided to build 108 temples, which would be placed on all the points of her body.

Dinner and overnight at a hotel in Paro.